A guide to competitive Pokemon battling

There are many different mechanics of Pokemon that you do not normally notice when playing through the main game but are vital to know when getting into the competitive scene of Pokemon. There are many different formats to competitively play Pokemon such as the VGC which focuses on double battles but for now I will be focusing on the singles metagame since it is the most popular meta as of this point. Please note that I will not cover basic things that you learn from the main game such as catching Pokemon.

Even if it is a simple concept, Pokemon types, moves and abilities play a key role in competitive play. Every Pokemon has one or two of the eighteen different types and can learn up to 4 moves. These moves are only one type and can do a variety of things such as attack, inflict status moves, raise you Pokemons stats or lower you opponents stats. Attacking moves are either physical or special. Physical moves use the attack stat while Special moves use the special attack stat.Since these moves also have types, the move you deal on a certain Pokemon will have different amounts of power depending on the type of the pokemon and move used. For example, a fire type Pokemon is weak to water type moves but at the same time, ice type attacks are not very effective on that same Pokemon. Abilities can provide a passive ability that can affect the tide of battle. Cetrtain kinds of Pokemon are capable of having many different abilities but a single pokemon can only have one ability.
Here is a type chart that shows which types are resistant or weak to other types: 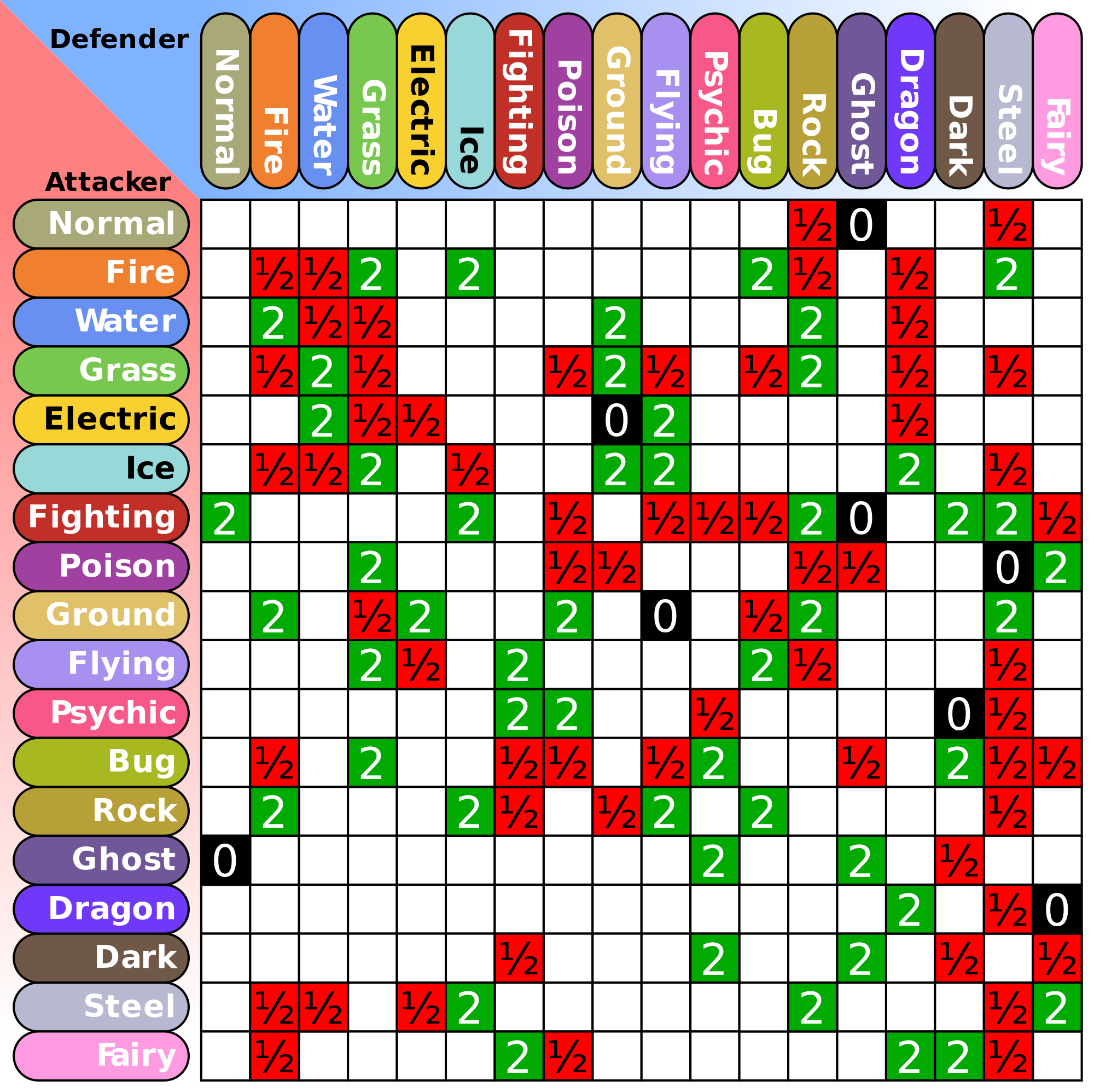 The Rules and Clauses
of the Metagame

Just like with everything else in life, there are many rules that are applied so that each person can have a fair chance of winning with no cheap tactics used to win. WHile these clauses are important, not all of them are used all of the time.

Usually Pokemon will leveled down to level 50 when playing on the main games such as Omega Ruby and Alpha Saphire if your Pokemon are level 5 or higher but on other battle simulators such as Pokemon showdown, there are next to no restrictions when it comes to the level of your Pokemon

This clause makes it so that 2 or more Pokemon on a team cannot be frozen or put to sleep unless you use a self inducing move such as rest. The Evasion Clause bans moves that boost evasion such as double team

OHKO and Self KO Clause

All Pokemon must hold different items when on a team. While not usually applied in competitive play, it is used in official Nintendo tournaments 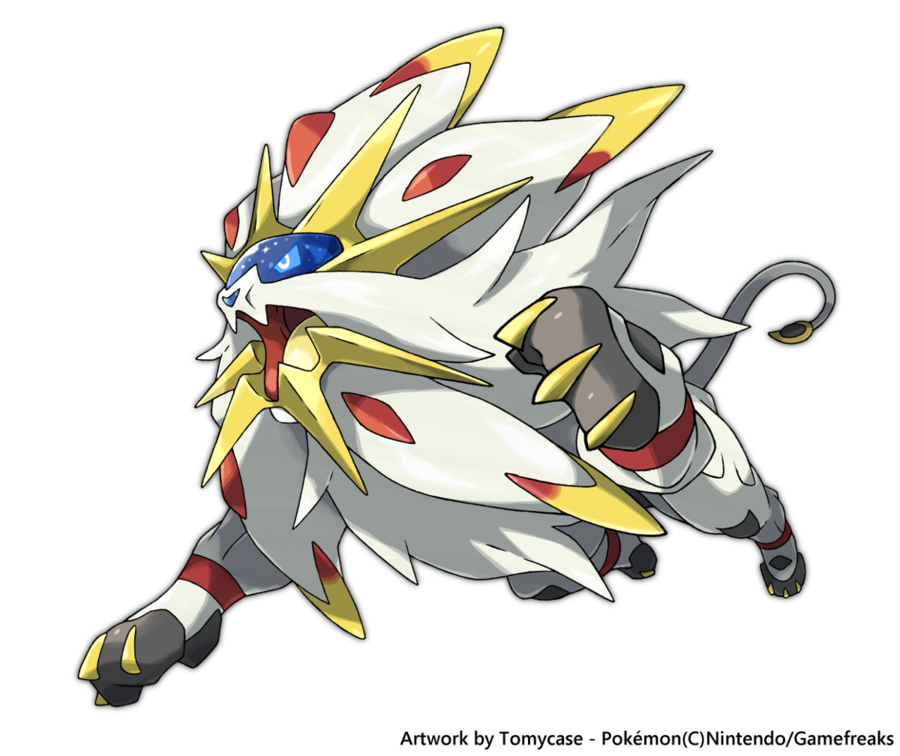 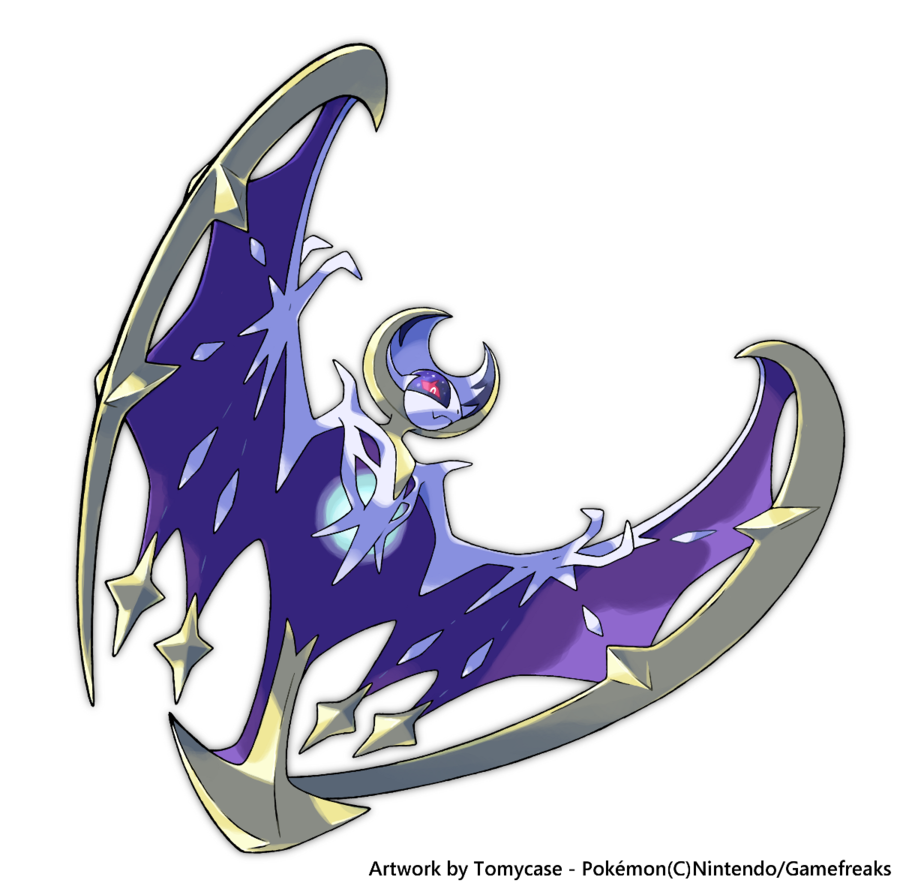 Ubers are Pokemon that are considered too strong for the OU tier though every Pokemon is allowed in this tier except for Mega Rayquaza.
The uber tier is not meant to be the a balnced tier and thus is not the main metagame

OU (short for overused) is usually considered as the main metagame and used for most competitive battles and tournaments.
It is a balnced tier that bans very few Pokemon. Placement in OU is usually determined usually by usage rather
than power and a Pokemon is considered OU if it shows up in 1 out of every 20 teams in the standard metagame.

Borderline is a non-competitive tier that includes Pokemon that are too strong for the UU tier but are also not used enough to be considered part ovf the OU tier.
Limbo is where Pokemon are placed when they have not been decided on a certain tier.

Effort Values (EVs) are basically invisible numbers that can increase a Pokemons stats. Every four EVs in a particular stat is equal to one point in a stat and each Pokemon is capable of having a maximun of 510 EVs altogether with a maximum of 255 EV's on a single stat. EVs are obtained whenever you defeat a Pokemon. Certain Pokemon give a certain amount of EV points to a specific stat so in order to train for the EV points you want, you must defeat a Pokemon that gives you those EV points to that specific stat you want. There are also vitamins that you can buy at high prices that automatically increase your Pokemon's stats but one single Pokemon can only consume ten of a certain vitamin.

Individual values (IVs) are invisible numbers that range from 0 to 31 and tell you the quality of a Pokemon's stats. 0 is the lowest your stat can be while 31 is when a stat is at it's best and are considered perfect IVs. Unlike EVs, Ivs cannot be changed and are permanent to a Pokemon. There is no guaranteed way of obtaining the exact IVs you want. The easiest way is through breeding Pokemon but even then can take a relly long time.